Archive of posts published in the category: Pair

Pair Programming: Does It Really Work?

Pair programming consists of two programmers sharing a single workstation (one screen, keyboard and mouse among the pair). The programmer at the keyboard is usually called the “driver”, the other, also actively involved in the programming task but focusing more on overall direction is the “navigator”; it is expected that the programmers swap roles every few minutes or so.

Many people who work in software development today have heard of the practice of pair programming, yet it still only has patchy adoption in the industry.
One reason for its varying acceptance is that its benefits are not immediately
obvious, it pays off more in the medium- and long-term. And it’s also not as
simple as “two people working at a single computer”, so many dismiss it
quickly when it feels uncomfortable. However, in our experience, pair
programming is vital for collaborative teamwork and high quality
software.

Betty Snyder and I, from the beginning, were a pair. And I believe that
the best programs and designs are done by pairs, because you can criticise
each other, and find each others errors, and use the best ideas.

— Jean Bartik, one of the very first programmers

Write all production programs with two people sitting at one machine. 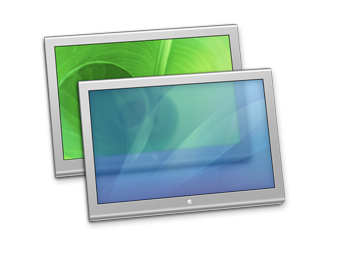 People always ask me what I use for screen sharing. My answer: Screen Sharing. As in, “Screen Sharing.app,” which is built in to your mac. And guess what:

I’ll take it a step further:

Screen Sharing.app is the best screen sharing application around. You should use it if you can.

“But wait,” you say, “I don’t have it on my Mac. I’ve looked in my Applications folder and it doesn’t show up in Spotlight search.”

You have it! And you’re right: not only is it not where you expect it to be, but it doesn’t show up in Spotlight.

Where is Screen Sharing.app on my Mac?