Archive of posts published in the category: Celebrate 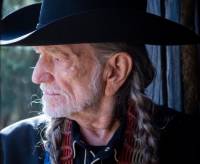 
SIRIUSXM will celebrate WILLIE NELSON’s 87th birthday with two days of special programming on WEDNESDAY and THURSDAY (4/29-30) on its “WILLIE’s ROADHOUSE” channel.

The programing will feature a two-hour special, dubbed “WILLIE NELSON’s Double Down 87th Birthday Bash,” airing four times over the two days, including the full audio from his 2012 TOWN HALL appearance in NEW YORK CITY hosted by JOHNNY KNOXVILLE (co-host of a weekly show on SiriusXM’s OUTLAW COUNTRY channel). Also included in the special will be a 2017 performance from the LUCK REUNION festival, held at NELSON’s private Old West town outside of AUSTIN, and a live painting demonstration from NELSON’s son MICAH, recorded with a live audience of SIRIUSXM subscribers during the rollout for WILLIE’s memoir, “Roll Me Up and Smoke Me When I Die.” The special will debut on APRIL 29th